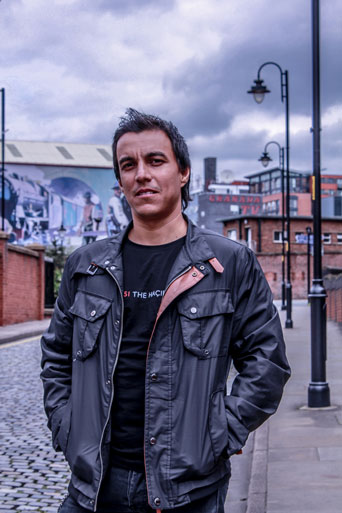 Josef G. Rios was born in Acapulco and lives in Playa del Carmen, Mexico. During the past 15 years he has worked as a Creative Director, Producer and Filmmaker on film / video production for brands, artists and media companies.

In 2017 he shot & produced "RAP MAYA" the story of a Mayan Rapper that empowers his community through the power of his music. The short news documentary for AJ+ was published on FB and boost half million views putting Pat Boy on the international map.

In 2019 he won best promotional video of Playa del Carmen on a global contest held by Tequila Barrell Night Club for his love letter tribute "Life is Better in Playa".

As recent as 2021, the live stream released of a never before seen concert film of his 'Peter Hook and the Light: Live in Mexico City" has been watched in 4 continents through 5 different time zones on Dice FM platform. His passion for finding cultural stories that inspire the audience keeps him visualizing new exciting projects to come.